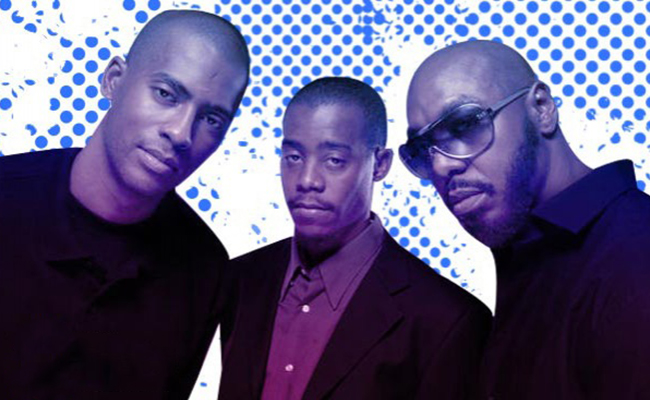 Twenty years ago, The Grammy-nominated production trio, Organized Noize, laid the foundation for Atlanta’s current position at the forefront of hip hop culture. In pursuit of their passion for music, having contributed to more than 75 Million records sold, Ray Murray, Rico Wade and Sleepy Brown, created a culture and a movement that has broken records and defined careers.

With a renewed energy created by the 2016 Netflix documentary, The Art of Organized Noize leading the way, the production team has gotten together for the first project ever released under the Organized Noize moniker, the very musical, Organized Noize EP (ONEP). The seven-track project, conceptualized by Sleepy Brownwhile living in Las Vegas, features vocals by Sleepy with assists from Big Boi, Cee-Lo, Scar, Jimmy Brown (Sleepy’s dad), Big Rube alongside 2 Chainz and Joiwho join forces on the project’s lead single, “Kush.”

Other tracks on the EP range from the rebel rousing, “We The Ones,” featuring Big Boi, Cee-Lo Green and Big Rube to the very, very smooth “Awesome Lovin’,” featuring the sultry voice of Sleepy Brown. The sounds on ONEP range from Pop, to Soul to hip hop to electronic in a great no holds barred Organized Noize fashion making it clear that Organized Noize has never lost a step and has full control of their creativity and continue to create music that is true to the legacy they have created.

“At the beginning of our career we were so busy developing our acts in the Dungeon Family, making sure every artist and every group had what they needed, that we didn’t cater to us. Our specialty was to give each act what was authentic and true to them. Finally, now, we’ve gotten to a place where we can relax and make music for US,” states Ray Murray.

For Organized Noize, the music is all that’s ever mattered. Starting from that fateful meeting on the corner of Headland and Delowe (forever immortalized by Andre 3000); Ray, Rico and Sleepy created the foundation for the Dungeon Family, with a clear understanding that they would all reach success.

Shortly after signing a publishing deal with LaFace Records, Organized Noize’s soulful, sample-free sound first drew national attention with Outkast’s breakout hit “Player’s Ball.” The song not only established Andre and Big Boi as ones to watch, but also proved ONP’s ear for talent. It was under their guidance that Outkast and Goodie Mob honed their skills, defined their styles as artists and created the two projects that fully placed Atlanta into the hip hop conversation.

Despite the groundbreaking work Organized Noize had done on the hip hop front, it was the 1995 release of TLC’s “Waterfalls” which truly changed the trajectory of their careers by highlighting the versatility they had already showcased within the Dungeon Family on a whole new level. The song’s success led to a multi-million-dollar production deal with Interscope Records and a follow up hit with En Vogue’s “Don’t Let Go” on the Set It Off soundtrack. Unfortunately, it also brought the pressure of constantly attempting to recreate their previous successes, ultimately stifling their creativity.

While the trio made a conscious decision years ago to step back from the spotlight as a team, the work continued and their influence could never be diminished, as evidenced in the documentary, The Art of Organized Noize, which features spotlight interviews from L.A. Reid, Diddy, 2 Chainz, and of course, members of the Dungeon Family.

In addition to the Organized Noize EP, Rico was instrumental in helping to launch his cousin Future’s career and the trio is currently working on new projects that will allow them to extend their influence on a whole new generation of artists and fans, including new music by SZA, Big K.R.I.T., Scotty ATL, Janelle Monae. Organized Noize is also co-executive producing Big Boi’s forthcoming third studio album Boomiverse, also due out in 2017.