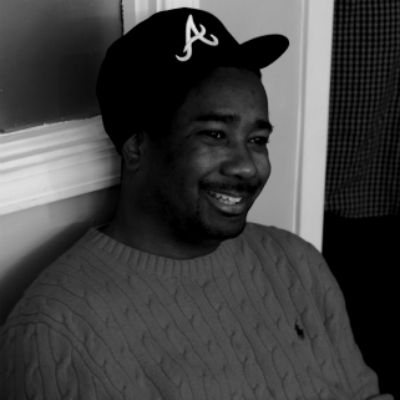 For nearly 20 years, Atlanta-native Orlando McGhee has had a hand in some of the biggest moments and
movements that have helped cement his city’s position as a creative force in Hip-Hop music. And it all started from the stark realization that his passion for music didn’t necessarily mean he was destined to be an artist.

“I’ve always loved music,” McGhee recalls, “played in my high school band and everything. But I tried rapping once, recorded myself and hated it so much, that I made the decision right then and there that my career would be on the business side of music, helping deliver great music to the masses.” Unsure of what facet of the business he wanted to pursue, McGhee landed his first internship as a college rep for Loud Records, which allowed him to discover both direct-to- consumer marketing and college radio promotions. Upon returning to Atlanta, the HBCU-grad was exposed to music retail and merchandising thanks to a managementposition at Blockbuster Video in the early days of the company’s short-lived foray into the music marketplace.

McGhee then reached out to legendary producer Rico Wade, who he knew through mutual friends, and
parlayed an internship with Wade’s Organized Noise imprint. McGhee would go on to create a promotions
department within the company, working on projects by Kilo Ali, Witchdoctor, CoolBreeze and other
Dungeon Family affiliates. He credits his stint at Organized Noise for molding him into the consummate music executive he would grow to become. “Because it was a boutique operation, I had the opportunity to really learn the ins and outs of running a label,” explains McGhee. Working with Wade at Dungeon East Studio, he also saw firsthand what it takes to develop a project to completion on the recording side. Following his stint at Organized Noise, McGhee landed a position as the special assistant to Larry Wallace, the Chief Operating Officer of then Atlanta Mayor Bill Campbell’s administration. Working under Wallace, who he calls one of the greatest business minds he’s ever encountered, McGhee picked up an understanding the business world at large in a way that most of his music peers have never been exposed to. He also discovered that the traditional corporate world was not for him, a fact that was made evident daily since McGhee spent his time away from the Mayor’s office running his own guerilla marketing firm. As his tenure as a civil servant was coming to a close, he received a call from Lil’ Jon who, along with his partners, was in the process of launching BME Recordings. McGhee joined the indie label as a project manager, later taking on the role of VP of Marketing.

Though he was only in his late 20s at the time, McGhee was already a seasoned vet in terms of industry knowledge and the business acumen he brought from his past experience made him an integral part of BME’s success at the time when Jon and his roster of mostly newcomers were redefining the sound of the South with the Crunk Movement. His close relationship with Lil’ Jon gave McGhee the opportunity to lend his ear to the creative and recording process as well, making him part of the label’s A&R team as well. While at BME, he was approached by DJ Drama, Don Cannon and DJ Sense who sought a more experienced business mind to support their newly founded collective The Aphiliates. With McGhee’s guidance, The Aphilliates shifted the value and position of the mixtape DJ in Hip-Hop. He helped them develop their creative brand into a business and elevated that business beyond just creating and selling mixtapes, eventually even changing the way mixtapes were made, thanks to the success of the “Gangsta Grillz” series. McGhee’s undeniable influence on Atlanta’s music scene at a time when it truly touched all aspects of Hip-Hop culture soon attracted offers from major labels and in 2006, he joined Warner Bros. Records as Director of Urban A&R. Because of his background, his relationship with the artists he worked with during his 7 year tenure at Warner went far beyond simply making sure the music came together, with remaining a part of the project management team on each project. McGhee was also instrumental in developing the sound that revitalized E-40’s career with 2006’s “My Ghetto Report Card,” which marked the 40’s return to the Billboard charts for the first time in a decade. His tenure at Warner Bros. introduced Orlando to corporate structure, further extending his reach as a business man.

Upon leaving Warner Bros., Orlando set out to create a company that could fuse all of his past experiences, a boutique firm with the reach and influence of a major. That idea naturally evolved into Seventy Two Music, a management company which serves as a one-stop shop for its clients, offering not only traditional music and business management, but also branding, digital marketing, tour management and support, A&R administration, licensing, music placement and more. The company currently represents Organized Noize, the J.U.S.T.I.C.E. League, Jarren Benton, and Mook Beatz.