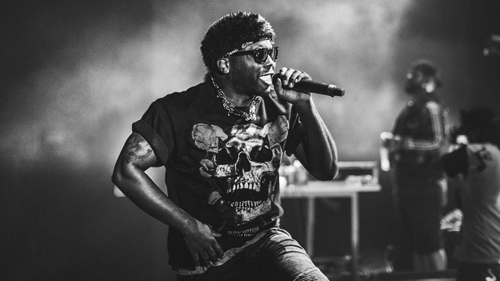 Jarren Benton was born in Decatur, GA (east side of Atlanta). He grew up without a father figure in the home and hip-hop quickly became like a second parent. He first discovered his love for hip hop at age 6.

While other kids were pissing their beds, Jarren would stay up past midnight to record “The Fresh Party,” a local Atlanta hip-hop radio show. Inspired by the show, Jarren began to write his own rhymes, and by age 10 he was a premature “beast” on the mic. Jarren became obsessed with rapping, and music, and dropped out of high school to pursue a musical career.

After turning his focus to hip-hop, Jarrren spent all of his time on his craft. Soon he began producing tracks, and writing, for other artists throughout Atlanta. He also worked on developing one of the best live shows in Atlanta, something he felt many artists lacked.

Jarren possess sick humorous punch lines and heart felt tales of personal struggle. “I want to give people quality down south music, something the south has been missing since Outkast,” says Jarren. He gives you a balance of hardcore, playful and conscious rap music that seldom exists in today’s hip-hop.